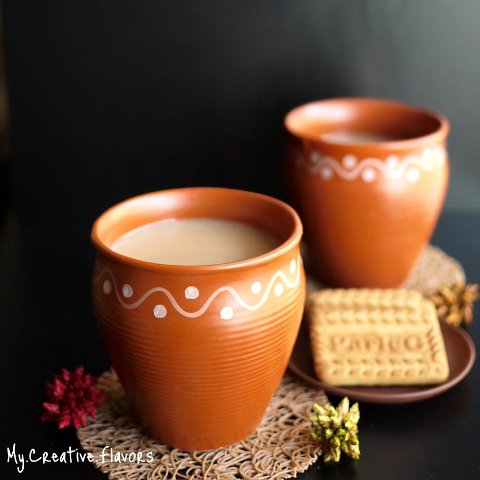 CHAI-the word simply and literally means TEA and Chai is one of the most popular hot drinks available in India. It is consumed by one and all and almost everywhere, weather it is at home, in the office, at college or on the street corner.

The ‘chai lattes’ or ‘chai tea’ you now find in nearly each and every coffee shop around the world has a history that dates back thousands of years. Masala chai’ is steeped in tales of royalty and Ayurvedic medicine, evolving over the years to include a number of varieties and a worldwide fan base. The history of ‘masala chai’ begins in the ancient kingdoms of South Asia and for now ends with its infiltration into every corner coffee shop around the world.

It is said that ‘masala chai’ was created by royalty as a cleansing Ayurvedic drink. It was made using a wide range of spices and prepared in a number of different methods, and served either hot or cold as a remedy for mild ailments. At this time – believe it or not Masala Chai was made without the use of any tea leaves and hence it was caffeine free and packed with a host of health benefits.

During the 1800’s, the British set up tea plantations in Assam-India, and the black tea produced there was added to the local masala chai recipes, unfortunately this tea was not for the masses of India as it was primarily for export—therefore too expensive for most of the locals. The local chai wallas (tea vendors) used their trusted recipe of milk (full cream), sugar and fresh spices to keep their brews flavourful and cost effective.

In the 1960’s a production called ‘CTC’ made black tea more affordable for the locals, and thus the black tea leaves were added to masala chai and the masala chai that we know today was born. As the popularity of masala chai grew internationally, so did the variations of masala chai. Traditionally masala chai is made from scratch, (dry roast spices, then grind, add fresh ginger and mint and etc), today you can buy ‘all in one sachets’ where you just have to add boiling water or you can also buy ready ‘masala chai’ spices at your local Indian Grocer or you can have a ‘Rooibos’ version of masala chai or you could get a ‘chai latte’.

Chai tea as it is referred to in the western world literally means “tea tea”, because the word chai means tea. For me the traditional masala chai made from scratch is the way to go—I personally cannot drink chai any other way.

Your traditional spices (each of the spices have their own healing attributes that can remedy a  variety of ailments –flu, colds, stomach and digestive problems and etc.), for masala chai should include, cardamom, cloves, star anise, cinnamon, fennel, ginger and peppercorns-however as with everything each village/town in India has their own combinations of spices for masala chai and this is because ‘regional, seasonal and affordability’, but rest assured you would be offered a welcoming cup (cups/glasses are the size of an espresso cup-you also find chai being served in earthern ware cups) of masala chai all over India.

60ml cardamoms (green or cream variety- in their pods)

Some of the pictures in this post have been sourced from the internet.